Dilema Stronauta –
https://dilemastronauta.bandcamp.com/album/en-orbita
Colombian Drummer and New York resident Andres Jimenez is a staple in the burgeoning scene of underground and independent Tropical music that is once again thriving throughout the city’s 5 boroughs. He has quietly led the rambunctious rhythms from his comfortable seat behind the drum kit for the up-and-coming groups, MAKU Soundsystem, Combo Chimbita & Los Aliens. What makes Jimenez a unique drummer in today’s climate is his deep connection with the roots of Colombian folkloric music and golden age tropicalia – but mixed with his strong sense of experimental improvisation and camaraderie among other musicians. It’s a throwback to the heyday of studio and stage performers who were unafraid of musical boundaries, and it’s a welcome feeling of timelessness in today’s modern world of technology and machine driven production.
This year, Jimenez has recently formed and led a new quartet called Dilemastronauta y La Tripulación Cosmica, where this juxtaposition of tropical roots and performance-driven improvisation take center stage under the guidance of his steady rhythms and compositions. With live performances throughout the city and a studio record on the way, it’s another reminder of Jimenez’ crucial role in this amazing musical and cultural renaissance. 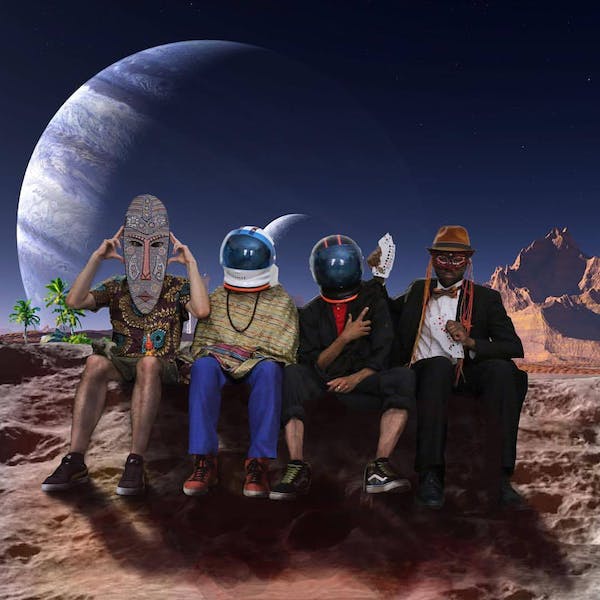