Join us for #freshcanfriday from 3-10PM and enjoy FREE live music kicking off at 6:30PM! Hollywood Cheesesteaks and Gaucho are onsite serving up the good eats!

Peyote Pilgrim
In their creation myth, a shaman splits a black calabash in half and offers the two pieces of fruit to weary travelers Casey Shannon (Singer/Songwriter) and Jeff Raudebaugh (Singer Songwriter) beneath the lamplight of a deserted King Street in Old Town, Alexandria. As the old man’s arms tremble beneath the weight of the fruit’s flesh, he speakers over his outstretched palms and says, “one half of this profit will yield you fortune, the other: ageless wisdom. Chose wisely, for they are mutually exclusive and you may never turn back.”

Since that fateful day 468 moons ago, Peyote Pilgrim has never looked back. After performing a few shows in the metropolitan area as independent acts, these songwriters discovered their synergy and decided to begin work on a collaborative album entitled: In A Town So Green I Can’t Be Blue. By the time it was finished in June of 2013, the duo had added a third member to the group in multi-instrumentalist, Davey Hoen.

The band’s distinctive sound is rooted within the traditions of classical American rock, folk, soul, and blues. Peyote Pilgrim is a little folk-rock and a little blues-country. It’s unadulterated Americana and a whole lot of heavy soul. 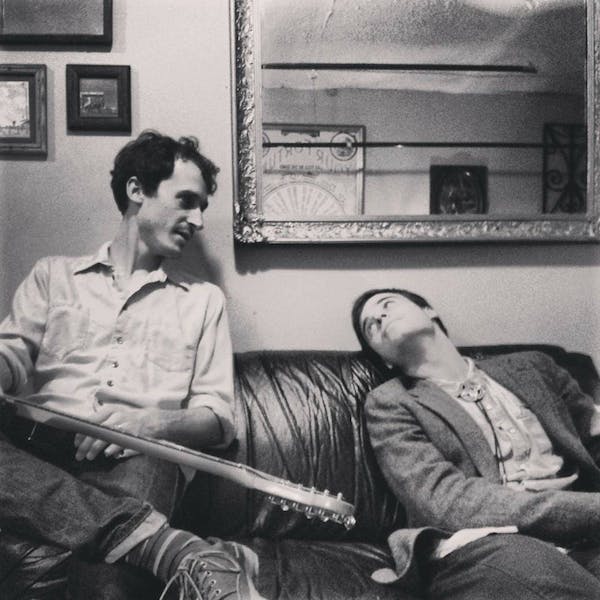