Scott Yoder (Burger Records)
Seasoned musician Scott Yoder has travelled a persistent & diverse path since he first began performing as a young teenager. From starting out with the noisy garage pop of his former band The Pharmacy to playing as a backing musician for Kimya Dawson he has always reinvented himself. All the while opening for bands such as Fleet Foxes, Smith Westerns, Black Lips & Kevin Morby.

As a solo musician he further evolved his sound into fronting an electrified & theatrical band of glammy freaks across the US & Europe. After a series of cassettes he released his first solo LP “Looking Back In Blue” to critical acclaim in May 2016. “Lyrically impressive songs & melodies drive this album” (Surviving the Golden Age) “No matter what the sound the songwriting remains the strongest part of Scott’s work” (Clunk Magazine).

His new 7” “Ways Of Love” (Greenway Records) comes out in September as he embarks on a US tour. Drawing inspiration from T. Rex, The Damned & Kate Bush the new single evokes a moody & danceable darkness that compels you to follow him deeper. Look for him & his band (featuring Shawn Randles from Boyfriends, Bryant Moore from The True Loves & Brent Zmrhal from Slushy) this fall as he tours the USA.

Moniker
Moniker is a Richmond indie rock/pop band. Their album “Good Bye Waste Land” mixes story-drive songwriting with deep baritone vocals à la The National, on top of crunching guitars as well as danceable beats akin to Orange Juice. Their new album is due out in late 2018. 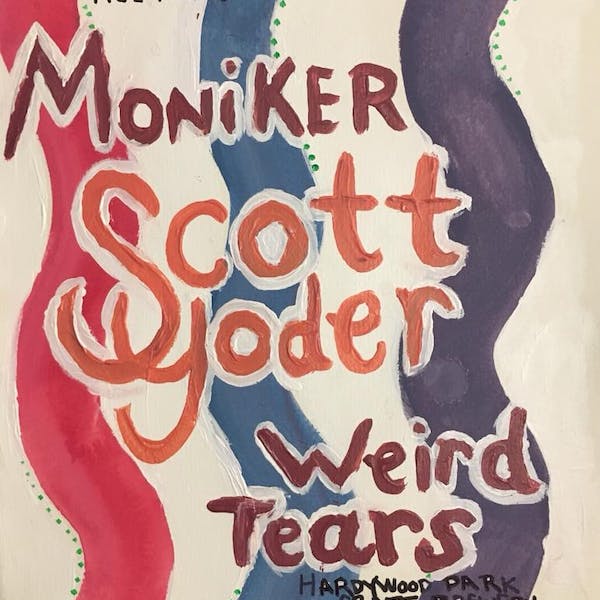