Are you over 21?
Not Yet
Skip to main content
Both Hardywood Taprooms will open at 10am on Saturday, December 3rd for USA vs. Netherlands game! ⚽️
Instagram
Follow us
View Open

During WWI, the Virginia-based 116th Infantry Regiment coined the phrase “Ever Forward” as a rallying cry during the fierce battle of the Meuse-Argonne. It has since become a touchpoint for National Guard soldiers across the Commonwealth. Hardywood is excited to create this opportunity to raise a glass to those who have served the state and the country with this exclusive beer. “Our focus at Hardywood has always been on Virginia, from the folks who join us in the taproom to the farmers we source ingredients from, so this seemed like a great partnership that builds on our strong Virginia foundation,” said Hardywood President Kate Lee.

The beer itself is a classic American craft lager, made with Virginia-grown and malted 2-row barley from Charlottesville’s Murphy and Rude Malting Company. This crisp and delicious craft beverage is a perfect way to celebrate over 400 years of service.

“We’re thrilled to partner up with Hardywood for the release of Ever Forward American Lager” says Jake Crocker, Executive Director of the Virginia National Guard Historical Foundation. “We’re excited to highlight four centuries of Virginia’s citizen soldiers while raising awareness of our foundation’s upcoming initiatives, including the Museum of The Virginia National Guard,” continued Crocker. Ever Forward will be released in time for Veterans Day on November 11th, with a release party in conjunction with the National Guard and the 116th Infantry Regiment on Friday, November 11th at the Hardywood West Creek location from 5-8pm. 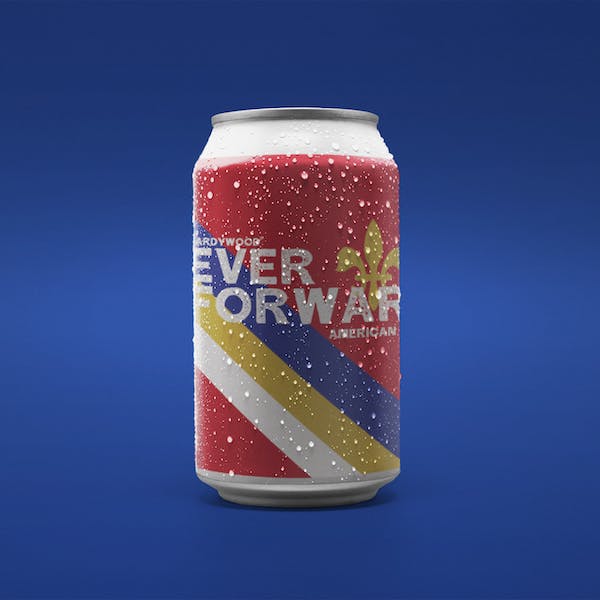